In summer this year the native beehive at frogshollow at flaxton was split into two. The bees are Tetragonula carbonaria, a stingless bee native to Australia. They form a spiral shaped hive, and when splitting either a queen or a queen egg must be found in each half. Once we were certain we had a queen in each half, a new top was fixed to the bottom half and the top half was flipped over and a new top fixed to it. One hive remains under an avocado tree where it originally was and the other has moved to the shade of another avocado tree about 50 metres away. 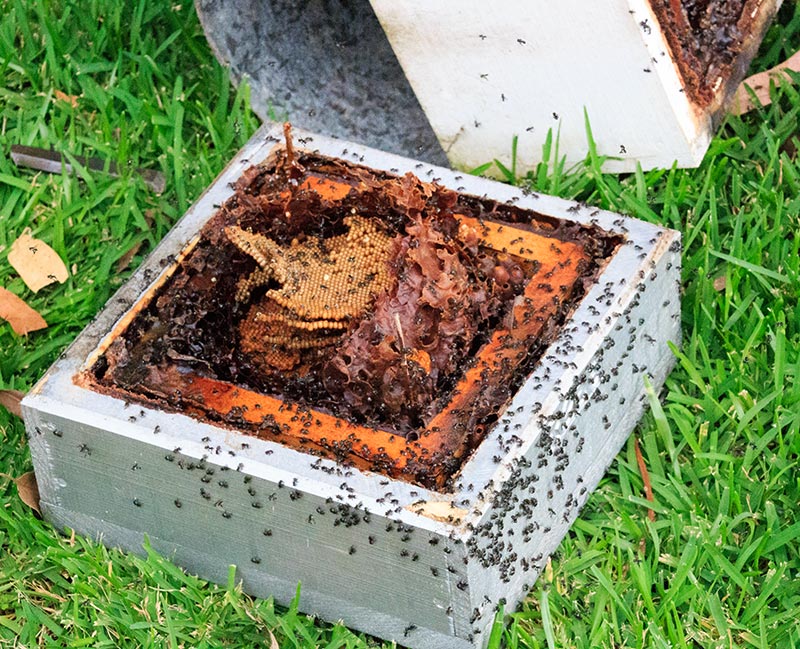